2013 was a great running year for me, even though I only ran 4 races. It started with my first 100 mile race finish at the Rocky Raccoon 100 in February. I came into that race ridiculously under trained, but with a little luck and some great friends, I pulled off an immensely satisfying finish in 29 hours. The finish qualified me for the Western States 100, which is practically impossible to get in.

In April, I ran the Big Basin 50K (almost identical the Skyline to the Sea 50K race in October). I turned my ankle in that race, but was still able to finish in a decent time. The course was beautiful and it was great to get back on the trails.

My new goal for the year was to get faster. I wanted to return to the Rocky Raccoon 100 and shoot for a faster time. I neglected the trails and ran on flatter terrain. I also started doing speed work on the track! Everything made sense until Plantar Fasciitis bit me in the "behind" in June. I was running in denial till July, when I shut things down and took care of the injury.

In August, I still ran a 12-hour night race - the Cool Moon 12 Hour Run, but I planned to run it very cautiously. I taped my feet with Kinesio Tape and tried to take it easy. When I found myself in first place after 14 miles, my plans to run cautiously were thrown out the window. My new plan, was to go for broke and try to win the race. It was an amazing experience! I ended up winning by a landslide (47 miles)! There were only 15 of us in the race, but I felt like a superstar to win my first race - in my whole life! The only other running moment that surpassed this one was my 100 mile finish! I was so very proud!

My injury did not get worse with my little 12 hour run. Still, I continued my hiatus from running to take care of my injury. I iced my feet, went to the chiropractor for soundwave treatments, and cross trained with yoga and the stationary bike. I started running again in October - very minimally at first. Then on November 10th, I ran a road half marathon that turned out to be 15.5 miles due to poor race planning and lack of course markings! It was still a good training run, even though I was a bit disappointed with the race.

Then, in December, I got picked in the Western States lottery! What a great feeling it is to get into the race of my dreams! This is my Boston Marathon! My training officially began on December 16th. AND I hired Ann Trason as my coach! She is probably one of the greatest ultra runners of ALL time! Can you tell how excited I am? I am a huge fan of hers! Since I started training, I've been running almost every day, taking only one rest day per week. There are plenty of easy recovery days thrown in there, but things are going pretty good so far. The Plantar Fasciitis isn't completely gone, but thankfully, it is not getting any worse. I would say its about 95 percent better. With careful management, I think I can at least hold it in check as I train for my dream race.

I have some in-laws that live in Roseville, CA, which is about a 20 minute drive from Auburn, CA, where the Western States race finishes. And this year, we had a Christmas dinner party for my wife's side of the family on December 26th. This was a great opportunity to study part of the Western State course during a long run! So the morning of the 26th, I went for a long run, planning to do 18-20 miles. I wanted to preview at least 9 miles of the course. Things didn't go as planned when I took at least 3 wrong turns. I ended up running/hiking 23.1 miles, and covered only about 8 miles of the course. Course markings on race day should help! Here are some pictures! We also took the kids to the Tahoe area with their cousins to see snow for the very first time. They loved the snow, of course!

I hope you all had a wonderful Christmas, and a fabulous New Year! 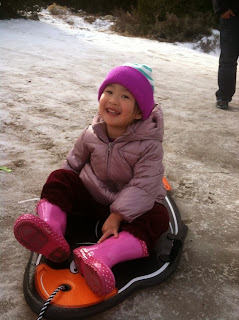 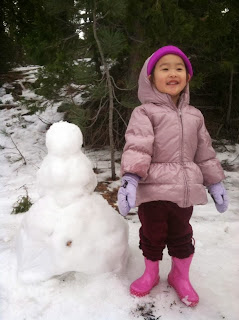 "Do you want to build a snowman?" - this song is from the new Disney movie "Frozen", which my kids love! 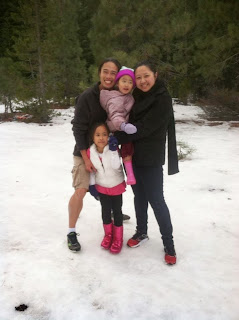 And here are some pictures from my little 23 mile training run... 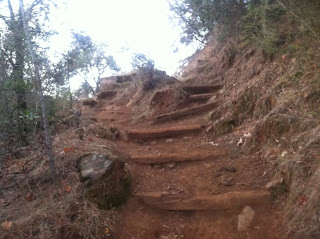 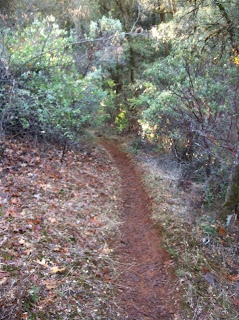 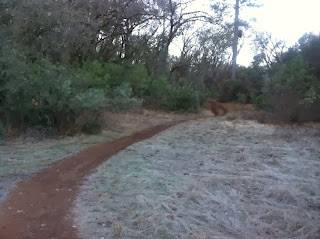 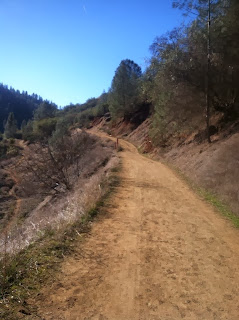 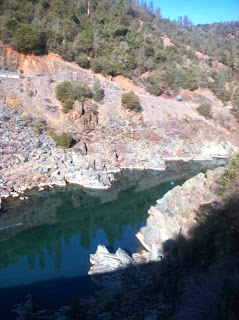 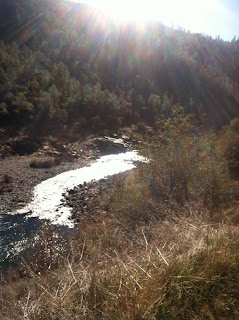 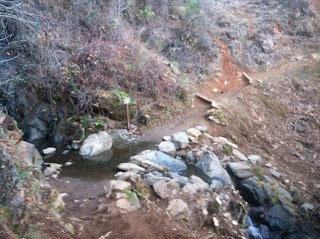 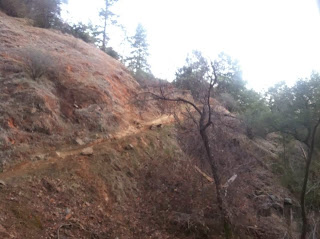 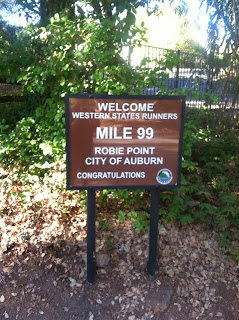 This is where I want to be about 6 month from now, after logging 99 miles!

The Western States States Endurance Run is my Boston Marathon. This is my dream race. This year there were 2704 people entered in the lottery, and 4307 tickets (some people had up to 5 tickets)! I had only one ticket in the lottery! The lottery happened on December 7th, and I am still wondering how my name got pulled.

It's been 10 days, and I am still having trouble writing about everything. Overall, I am overjoyed and excited at the opportunity to run my dream race. I am also scared/frightened/terrified of all the things that can derail/crush/destroy this dream of mine. What if I get injured during training and can't even toe the starting line! What if the race day temperatures climb to 100+ degrees! I'd be screwed!

I've been telling everyone about this dream race. I get goosebumps just thinking about the race. I quit tennis to run and train more. I took off a day from work every other week to train - all day on trails. And I hired a coach! I am hoping that a coach can help me stick to a training plan and keep me on track. I ended up choosing Ann Trason as my coach. She is probably one of the greatest ultra runners of ALL time! And she is a really nice, knowledgeable person too!

This quote keeps coming to mind when I'm feeling overwhelmed.
The future belong to those who believe in the beauty of their dreams. - Eleanor Roosevelt.
It reminds me to believe in myself. Like my old high school coach used to believe in me. Like how my old cross country teammates believed in me.

You have to believe in your dreams no matter how difficult or crazy they may seem. You cannot give up. Do everything possible to realize your dreams. But do not neglect your family and friends. Dreams that have already materialized are no less important than the ones you are reaching for. All of my friends who believe in me - you help make my dreams come true. I don't feel like I am alone in this journey, and if it doesn't have a happy ending, that's okay. Because I know I have a great family and great friends (some I haven't even met yet) who love me just the way I am. Thanks guys.