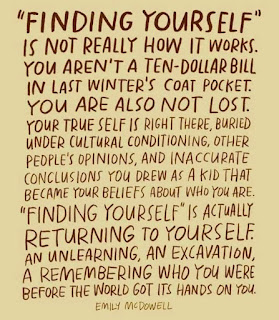 I came to the Born to Run Race to "find myself".

I have done the 30-mile race here three other times consecutively from 2014-2016. This is one of my favorite races - and not just because of its connection to the Born to Run book and all the amazing people I've met here.  It reminds me of my old high school cross country days.  I was slow as molasses, even back then, but I had teammates and a coach that cheered for me and believed in me. When someone believes in you and cheers for you in your moments of despair and loneliness, it can feel so uplifting and magical.

Maria Lorena Ramirez of the Tarahumara, and her family were going to be there! There is a Netflix documentary about her called "Lorena, Light-footed Woman", that I highly recommend. The Tarahumara people in general are fascinating, and not just because of their superhuman running ability! Meeting and running with the Tarahumara is an opportunity that should not be passed if given the chance. I was racing with some of the greatest runners in the world.  I was so honored to share the same racecourse as Lorena and her family! 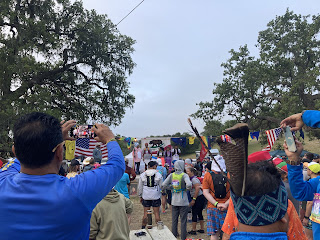 By February, I had done a couple of solid 20-mile trail training runs. Things were going great, until I caught Covid (Omicron) - despite being fully vaccinated and boosted. It felt like the flu for a few days, with the fever, cough, and sore throat. The worst part for me was the fatigue that made me want to crawl into bed and hide from the world. After 7 days of zero running, I snuck out and did some short runs (masked up and avoiding people like I had the plague - which I did).  It felt like I was starting over again. Even a short 6-mile run felt hard. I built up my long run again in a few short weeks and managed a couple more 20-mile trail runs before signing up for the Born to Run 30-mile.

It took me around 4 hours to drive to Los Olivos, where most runners choose to camp the night before their race.  The beer mile starts at 4 p.m., which is always fun, but I was hesitant to commit myself this year. I had my beer ready but chickened out. I am sure I would have enjoyed it, but I was still nervous about the 30-mile race the next day. I grabbed some awesome tacos for a late lunch and just chilled for the evening with old and new friends. I pitched my tent on a lonesome hillside and went to sleep early.

My race started with 10-mile, 30-mile (190 registered), and 60-mile runners, at 7 a.m. The race consists of 2 different 10-mile loops (which overlap at points to maximize aid station usage). 30-mile runners do the pink loop (marked with pink ribbons), then the yellow loop (the tougher loop), and then back to the pink loop. 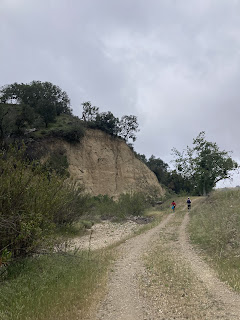 I went out nice and easy, for the first lap.  I hiked the hills and took walking breaks whenever I felt tired. The first lap needed to feel easy. I also needed to hydrate and fuel well, so I took my time at the aid stations to eat and drink. I talked to volunteers and runners at almost every opportunity. I was a social butterfly out there!  One of the most beautiful aspects of trail running, is the people you meet out there. The collective energy from the big crowd of runners in the first lap felt refreshing and energizing. I finished the first lap feeling good! I was recording my time with Strava on my phone, but felt no urge to check my time or distance - which I would normally do with my Garmin watch. 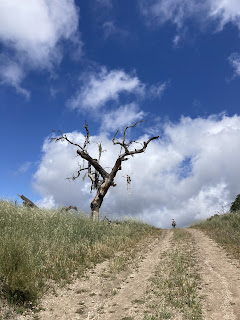 In the second loop, there is a lot less company, and most of the runners I encountered are doing longer distances than I am.  The 30-mile runners are now in the "fun run" category! This loop has a big hill mixed in the middle of it.  Talking to the longer distance runners makes the remaining 10+ miles seem like child's play. One guy that I talked to had done nearly 80 miles and was still smiling and emanating a positive, cheery vibe! I met some 30-mile runners that were struggling too. One guy was training for the Swiss Alps 100 with blown out calves and was reduced to power hiking the second half of his 30-mile run. Another guy admitted to his lack of training and vowed to be back next year with redemption in mind. I was feeling a little tired at the end of the 2nd loop, but the weather was amazingly cool with even some rain!

I kept telling myself that the last loop was my victory lap. "Running is breathing", I would tell myself.  Keeping positive is so important during a tough run! "Whether you think you can or can't, you're probably right." I kept picking a tree or bush in the distance to run to. I'd reward myself with a short walking break to bring down my heart rate and slow my breathing.  The idea was to run strong and with good form when I ran.  Then, walk briskly and with purpose when I walked. It must have looked odd to anyone watching or to anyone I passed. Doing this for the last lap felt good - I was running my own race.  Nothing was hurting and my hydration and fueling felt fine. I almost felt guilty for feeling so good! Maybe I was messing around or lollygagging at the aid stations too much! A few runners caught up to me before the finish line and I suggested that we race it in. I burned whatever I had left in the gas tank and sprinted home (with a few runners chasing me)! It was the perfect way to end my racing day!

Here is a picture of my Tarahumara-made medal, and other swag. 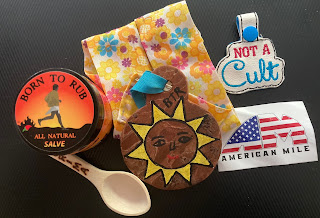 I packed my car with a cooler, a tent, drinks, clothes and a bunch of stuff. I drove on the freeway for a few miles before realizing that I forgot my running shoes and had to turn back! Doh!

I met Caballo Blanco in 2009 and can understand how passionate he was about being a messenger for the Tarahumara. If you want to contribute to a worthy charity - buy something or donate here: https://www.truemessages.org/korima-store

I talked to the founders of this charity, and they are such wonderful people!

I didn't stay for the dirtbag prom, the evening after the race. There really isn't a good time to make the 4-hour drive home, but I felt the need to get home early to rest and recover. Plus, my wife wasn't with me.  One of these years, I'll need to drag my wife to the race weekend and ask her out to the prom!