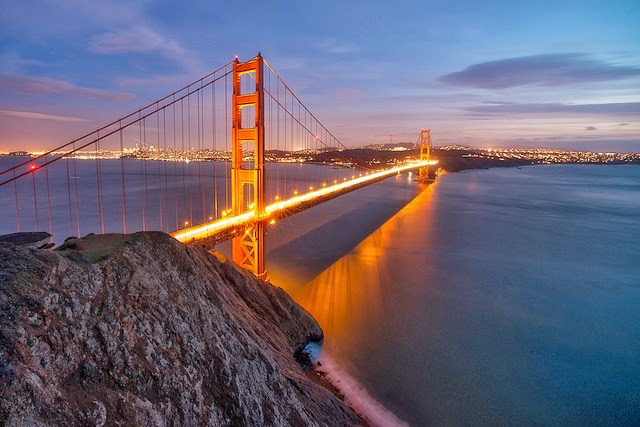 The PCTR Night Sweats Marathon starts at 8pm under the Golden Gate Bridge in Sausalito and runs through the Marin Headlands with about 5000 feet of elevation gain. The Marin Headlands is a beautiful place just north of San Francisco. The redwood forests and the beaches are beautiful and breathtaking. Experiencing this place at night during a trail marathon is indescribably amazing. 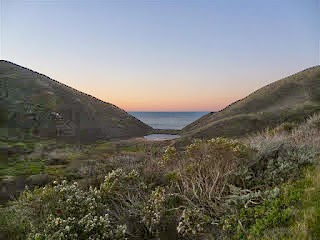 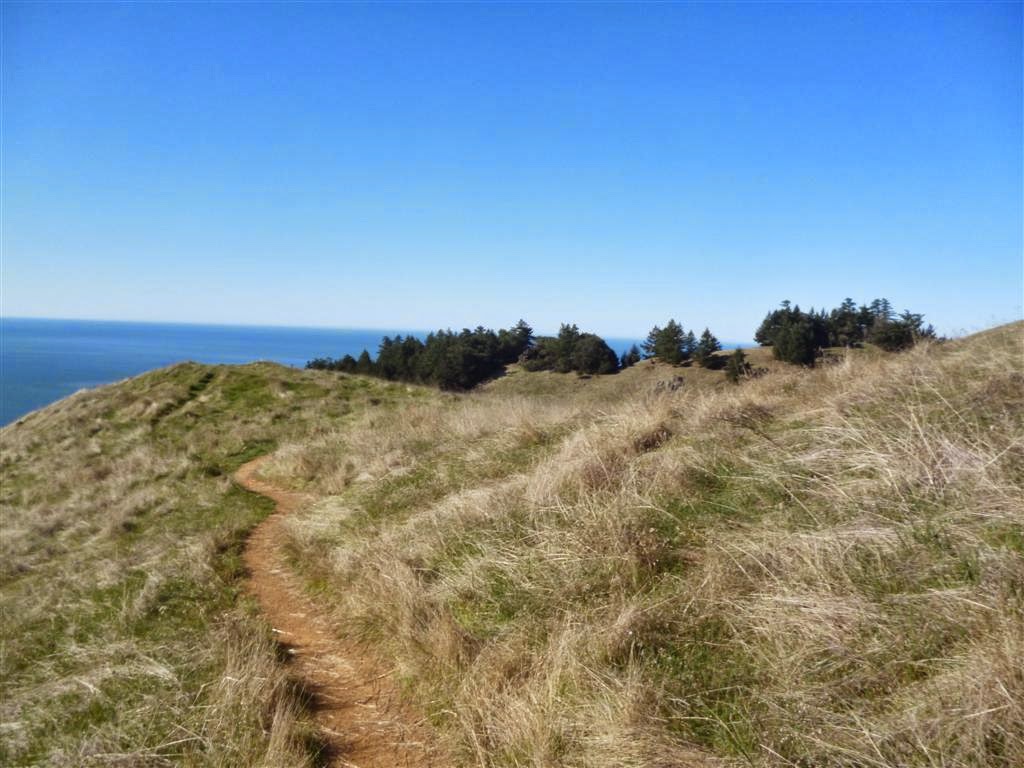 It was a beautiful clear night. I bombed down a few downhills and found myself running by myself for some short stints. Kim was never far behind and we would reconnect at the aid stations. During some of those solitary moments, I would turn off my headlamp and flashlight to gaze at the stars. And on the trails we saw lots of millipedes and a few newts. These little creatures are very cool! 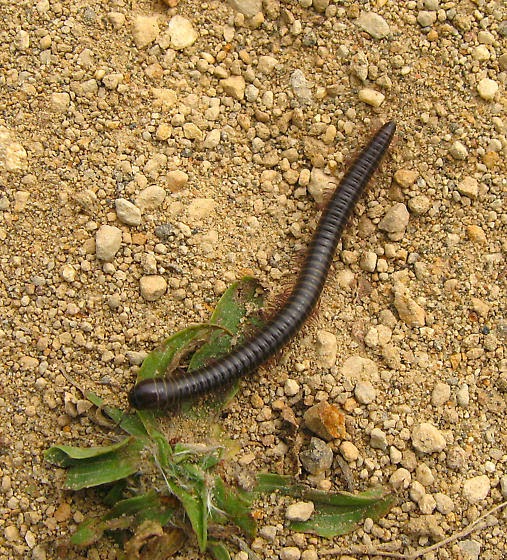 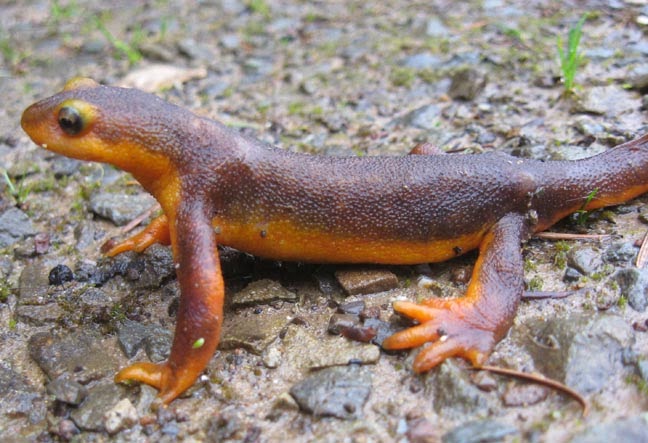 After about 22.5 miles, I decided to take off on a downhill to charge toward the finish line. It was a lot of fun to run faster on some easier terrain. I finished the race in 21st place out of 44 finishers, at 1:20am. On September 13, Pacific Coast Trail Runs (PCTR) is running this race again. I'm tempted to run it again - and if I do, I'll probably be running a little faster! 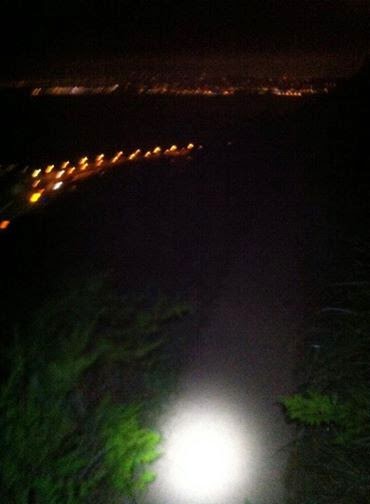 Here is the one of the pictures I took during the last few miles. The city lights are very pretty. 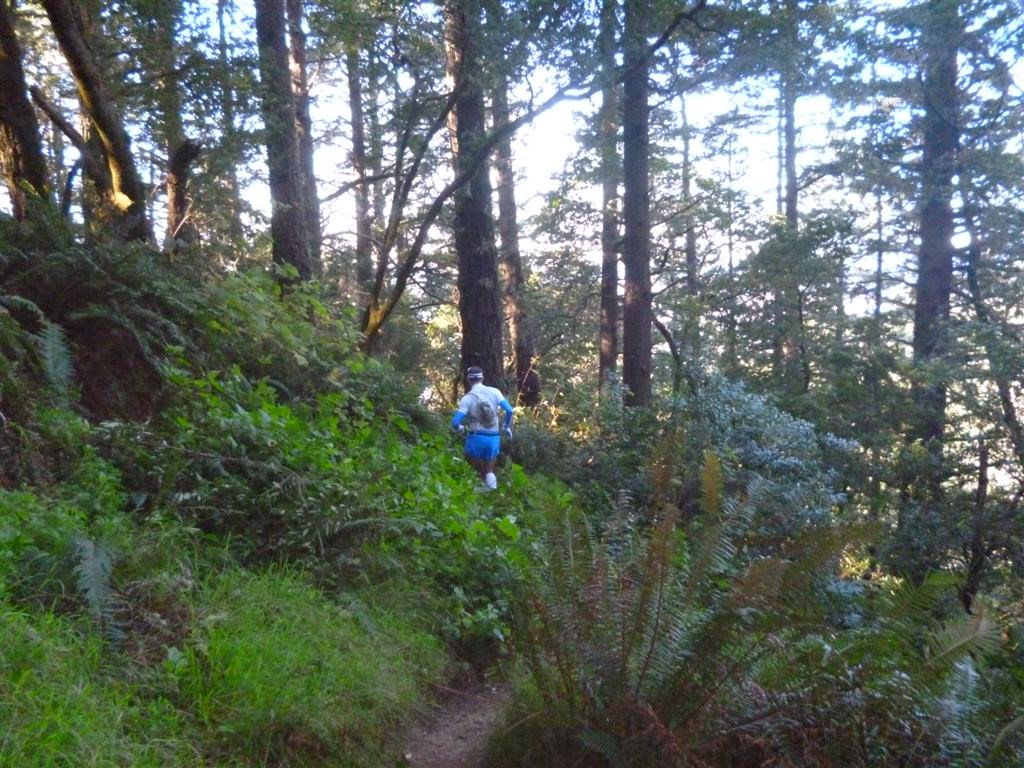 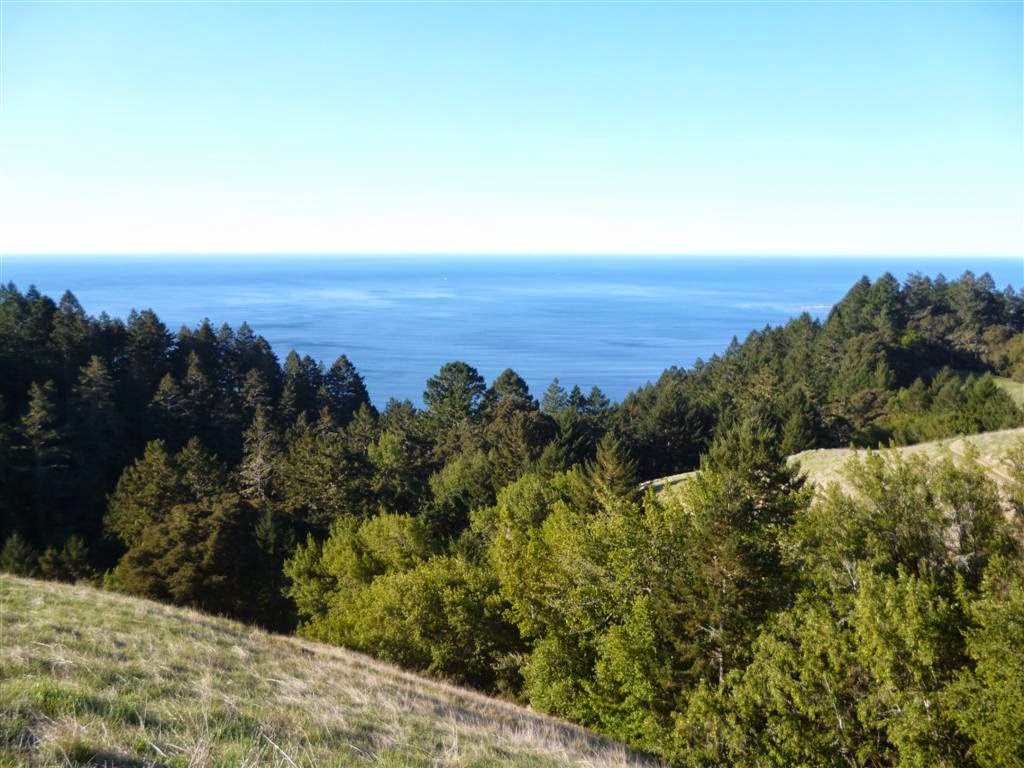 I'm having trouble finding the words to describe my race on Saturday. I feel so blessed. My running has been phenomenal since I got into Western States. I hired a wonderful coach in Ann Trason. Forget the fact that she is a running legend. She is also a fabulous coach and just a great person to work with! I also joined a running team! The Quicksilver Ultra Running Team is just awesome and filled with amazing runners and people. Being part of a team again feels great! My new friends and teammates make me so proud. I look forward to running and racing and maybe some beer chugging with my new team! 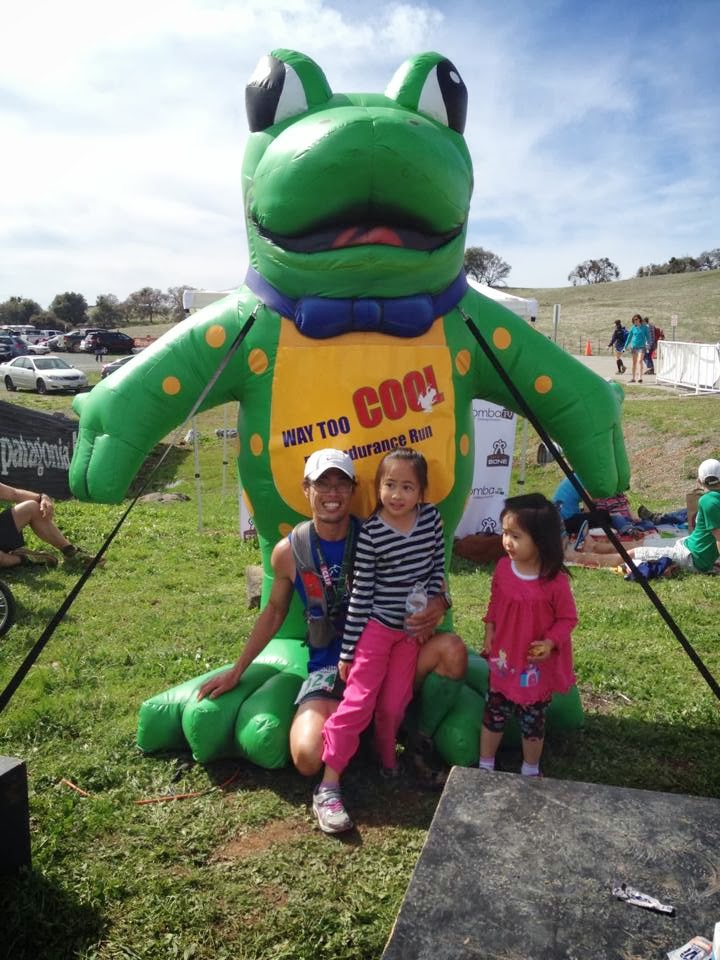 The Way Too Cool 50K race was my first ultra test of the year. I had run 253 miles in January and 274 miles in February with some solid long trail runs, so I felt pretty confident that my previous PR of 5:54 was going to be crushed. At the same time, I knew I had to "keep my eyes on the prize" (Western States) and not race too hard.

There were over 1200 runners registered for the race this year, making it the largest 50K in the nation! Everyone was split into two waves, with the faster runners running in the first wave. Unfortunately, they had me running in the second wave, probably because my previous times on the course have not been too impressive (6:12, 6:33, 7:02). I did not want to get stuck behind slow conga lines so I jumped in the first wave after consulting with some other runners. I settled in with the 9-minute/mile runners at the start. The race starts with 1.5 miles of road before the single track trails begin and if you want to run fast, you need to run a bit faster to get to those trails before the slower conga lines form. 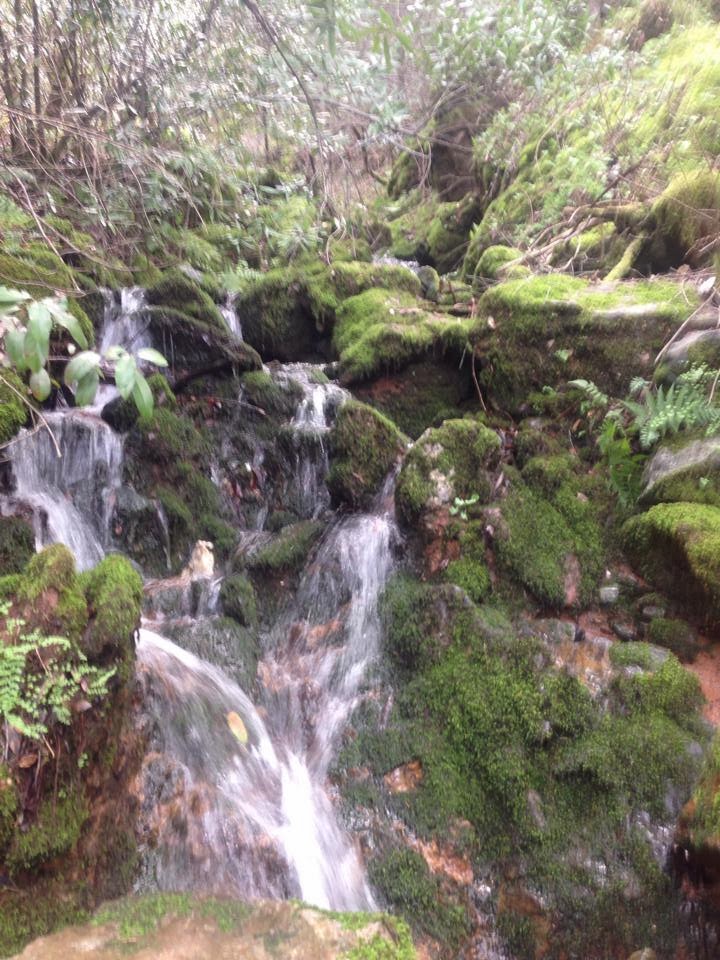 I ran the first 8 miles at a comfortable pace. Not too fast, not too slow. I felt like I fit in perfectly. The conga line I was in still slowed me down a tad, but it was probably for the best. After the first 8 miles, I found myself in 345th place among all the runners. It was so much fun to run through streams and huge mud puddles! I don't think the mud slowed me down at all. I even jumped in one mud puddle intentionally when I spotted a cameraman nearby!

The next 13 miles have a lot of rolling terrain and I found myself running up most of the hills, except for a couple steep hills in mile 18 and 19. I had never run so much uphill in an ultra ever before. I passed a ton of people on the hills. And I only stopped briefly at a couple aid stations the whole day. My primary fuel was Pediasure, and I made sure to complete one every 10 miles. The only things I got at the aid stations was a small cup of coke, a cup of chicken noodle soup, and a chunk of boiled potatoes. So I passed a bunch of people at aid stations too. During this 13 mile section, my overall rank was 245.

After 21 miles, we are treated to some really nice single track trail (about 4.5 miles)! It goes downhill very gently, its nice and shaded and there is no mud. I just cruised this section, feeling very good about the day's effort up to this point. I also knew that the biggest hill loomed ahead at mile 26: the infamous Goat Hill, that boasts a 25% grade for about half a mile, along with an easier uphill leading up to it. If I were really racing, I would probably hammer this easy section to bank some time, but because this was more like a training run, I was content to just cruise in to the finish from here. 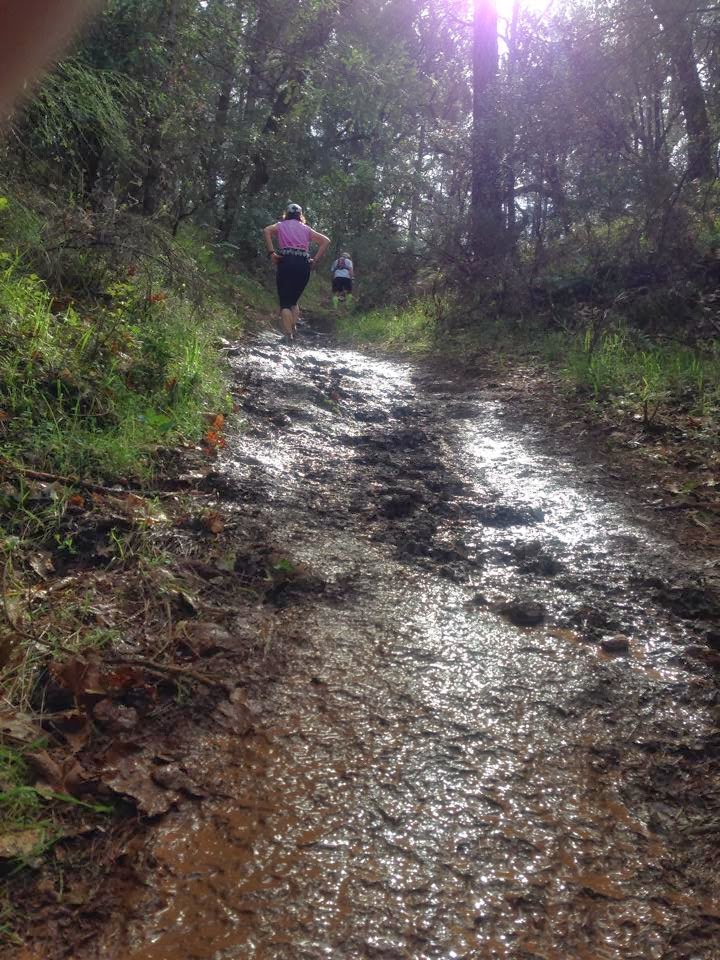 Goat Hill was a beast, and I hiked up it fairly well, but it still took some wind out of my sails. The next few miles had a lot of uphill! And my uphill running skills felt all spent. I still ran the downhills decently, but I did not enjoy the uphill sections anymore. I thought my last 9.4 miles were a bit pathetic, but it turns out my ranking for this last section was 190! I guess I wasn't the only one who got beat up by those hills!

On my way to the finish line, I saw my wife and two daughters cheering for me! What a great way to finish a pretty awesome day out on the trails! My family rarely makes it out to my races so this was a special treat for me. I was tired, but I was still able to eat some pizza and soup which was a good sign for a speedy recovery. My final chip time was 5:18:15, which blew away my previous 50K PR. I was a happy camper!

Next up, the PCTR Night Sweats Marathon on March 22nd and then the American River 50 Mile on April 5th, and on June 28th, the big dance - Western States!

Other notes:
I took no Vespa, and felt fine the whole time. I wore La Sportiva Crosslites. I took no electrolyte pills, even though in hindsight, I could have used one near the end. My calves were feeling a little twitchy from all the hills and that's usually a sign of an electrolyte deficit. I had the pills with me, I was just too lazy to fish them out. 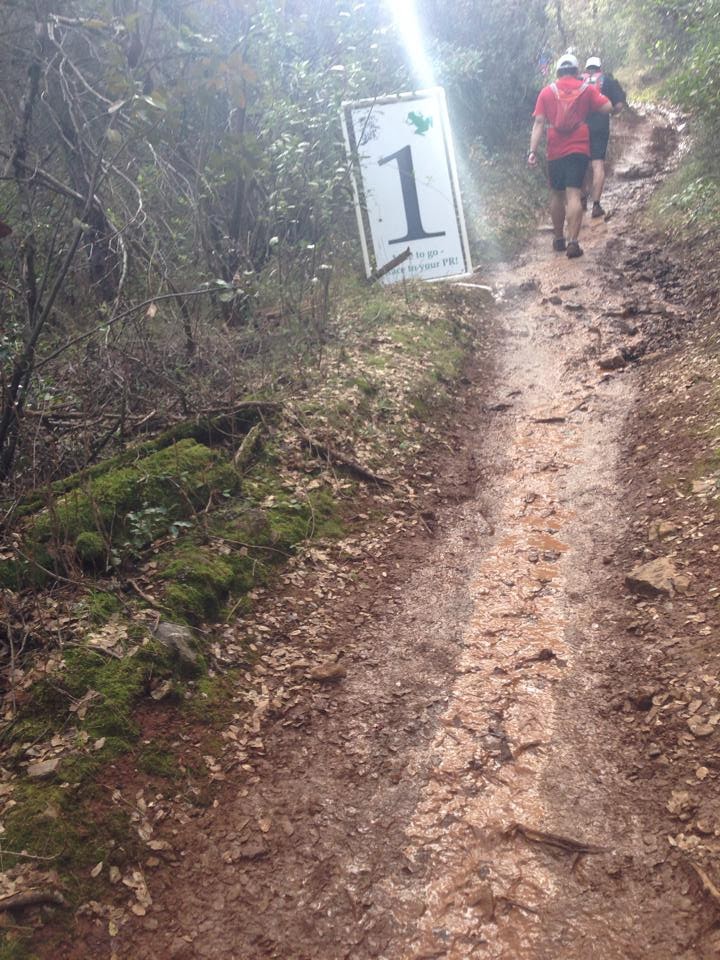 With one mile to go, I knew a huge PR was already in the bag. 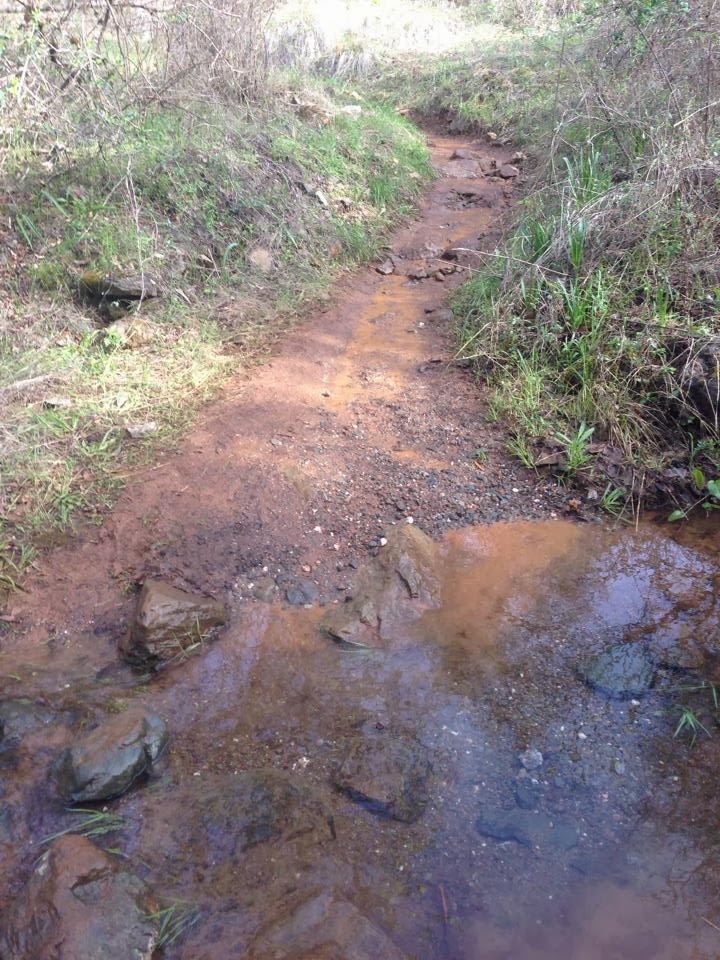 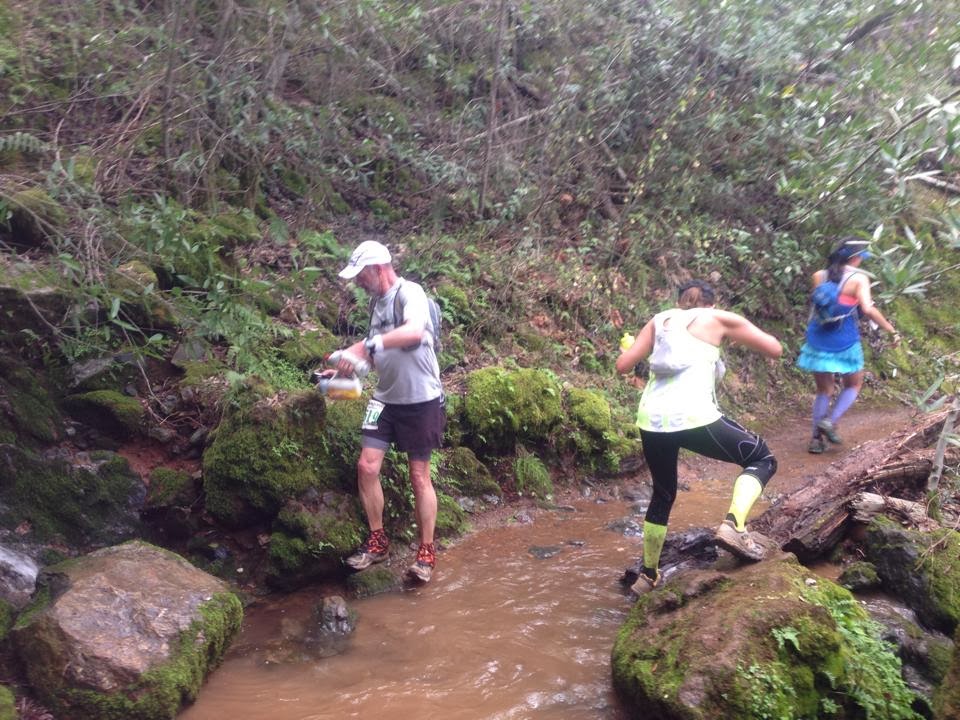 I plowed through some streams, but for some I maneuvered over without touching the water. It all depended on how quickly I could cross. 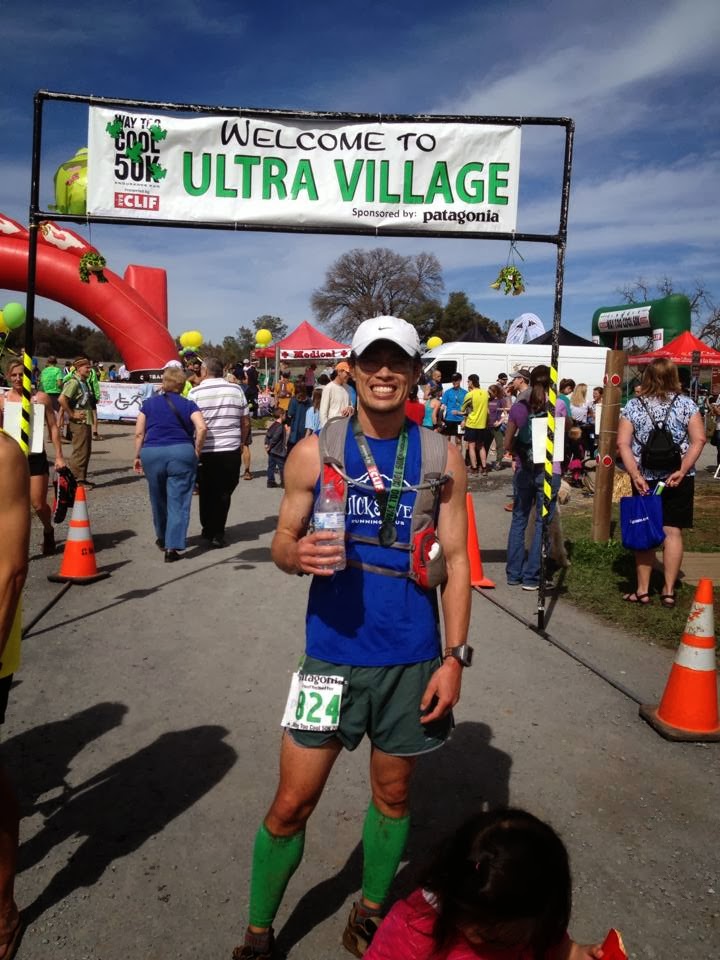 I love the Quicksilver Team Singlet!

Me and my girls! I love having family at the finish line! Too bad they don't have nearly as much fun as I do. 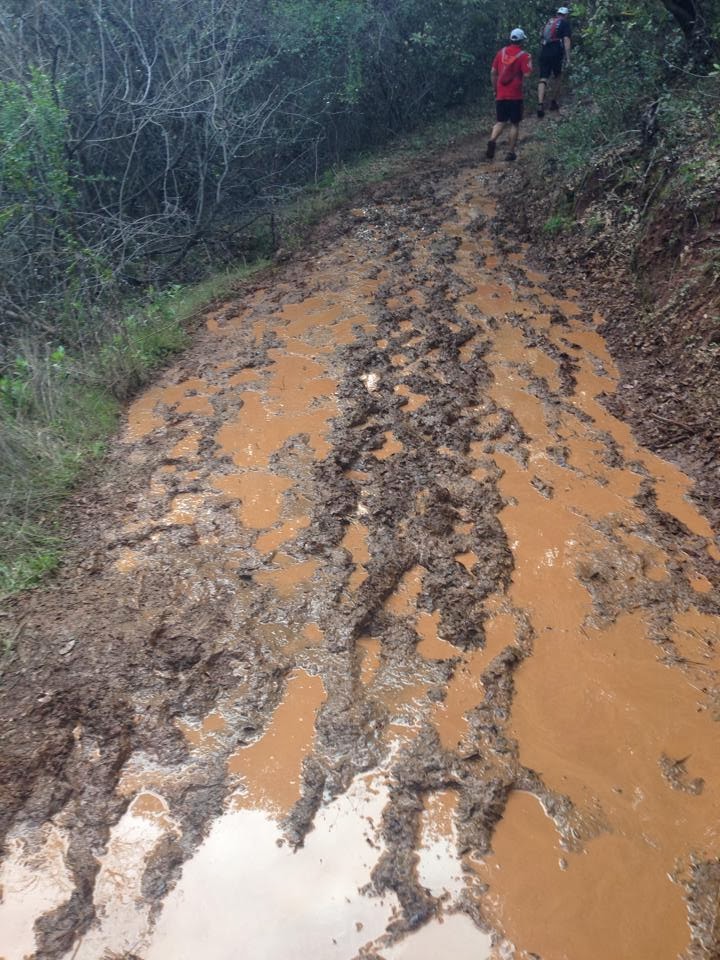 Some sections were just a muddy mess. Just pick up your feet and run through them as quickly as you can! 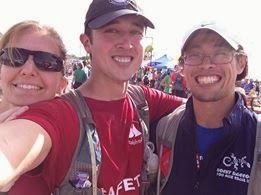 I also got to drink some beer with some cool friends at the finish!

Family, friends, beautiful weather, crushing a PR, and even a nice sushi buffet that night! You could say I had a pretty good day!
Posted by John Nguyen at 3:12 PM 6 comments: