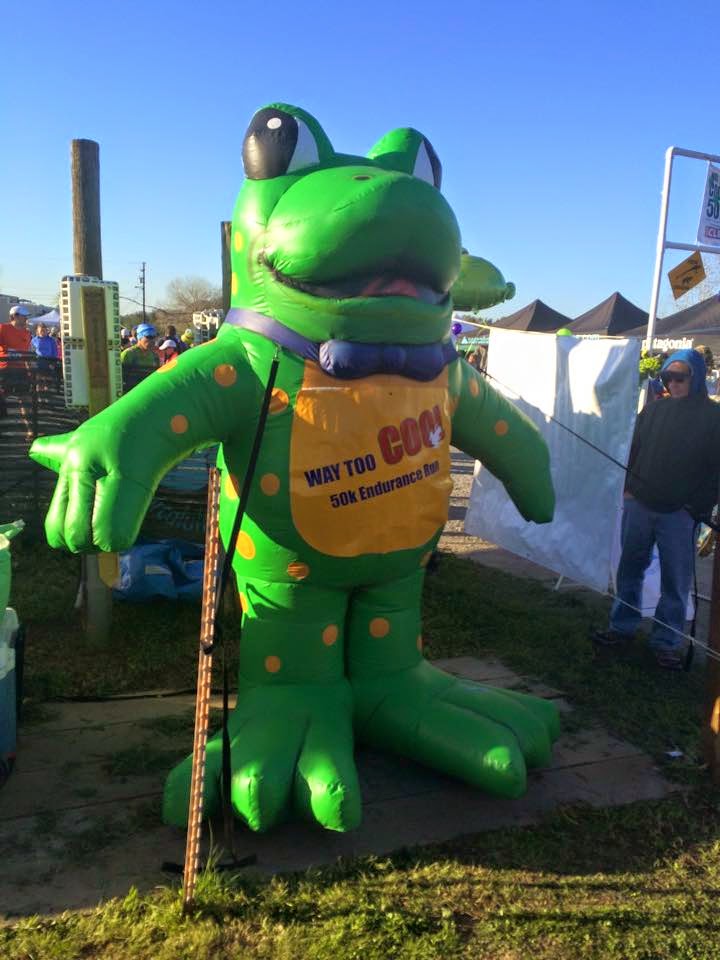 Last year, I ran the Way Too Cool 50K as part of my Western States training. I was running 250 miles per month and routinely running 30 mile training runs. It was a piece of cake. I ended up running my fastest 50K in 5:18 last year, without really pushing too hard. This year's race was a completely different story. I had not run much since Western States and was in terrible running shape. Still, I planned to take it easy and just enjoy the perfect weather and wonderful people. The temperature was going to reach a high of 70 degrees!

How do you run a 50K without training? You just keep moving forward. And you take your time at the aid stations. And you walk whenever you want. That was basically what I did for most of the race. I took my time thanking the volunteers. If you were walking or struggling, I probably slowed down and hung out with you. I wanted to find out what was wrong or right with everyone and offered advice and encouragement everywhere I went. I wasn't wearing a watch and didn't really care what my final time was (okay, maybe I did care a little bit). My main goal was to finish the race and to soak in the whole experience.

I was connecting with people everywhere I went. And I was reconnecting with old friends and acquaintances. I was in my element, and I felt great! The two people that stood out the most during this race was Elisa Park and Tony Nguyen (no relation). Elisa, like me, was under trained. Her husband and I ran Western States together. He is a very cool dude. Elisa was struggling and was thinking about dropping after just 8 miles. I told her that she was probably running too much. And that she was probably running how she would normally run if she was fully trained. I told her to just keep moving forward and to take whatever her body gives her. Its okay to be slow. Let the course sweepers remove you from the course if need be, but don't give up. We shared the trails for quite a while. I think she helped me just as much as I helped her.

Then I run with Tony Nguyen, who is also struggling a bit, but for different reasons. He just ran the Rocky Raccoon 100 a month ago and hadn't fully recovered. Tony has a brother named John, and I have a brother named Tony, and we always find that rather comical. Tony runs a lot of 100 milers and hopes to run Western States someday. Tony wonders why I'm floating in the back of the pack and I tell him about my lack of motivation and running since Western States. He reminds me that Western States was last year and that I need to move on. Words of wisdom are often very simple, yet so often neglected and not taken to heart. I do need to move on. And there is no time better than the present time. 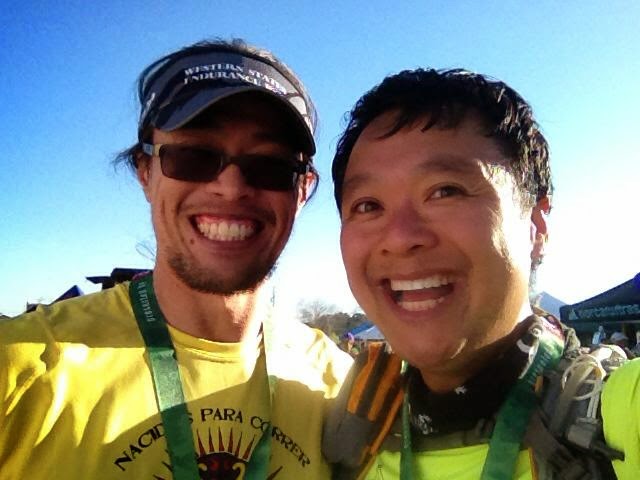 Tony has a very inspirational story to tell. He ran his way past his health problems and overcame diabetes. He weaned himself off insulin, and now leads a healthy, running lifestyle. He is always full of enthusiasm and encouragement. Even as he struggled, he was all smiles! Eventually, I moved on to run my own race. I was feeling too good by mile 20, so I figured I would push a little to put in a decent effort. I kept reminding myself to soak in all the sights and to "seize the moment". We were really blessed to be out there enjoying the fabulous weather and pristine trails. The wild flowers were in bloom. Butterflies flitted around here and there. And you could hear frogs croaking at some of the streams! I splashed through a lot of stream crossings like a carefree little child - not much different than my three year old, splashing in puddles with her rain boots! Even when there was a bridge or dry ways across, I had fun simply splashing through the water. It truly was a great day to be alive.

I braced myself for the biggest hill of the day: Goat Hill at mile 26. But it felt so much easier than I expected! Maybe I had been lollygagging too much throughout the race! Near the top an older gentleman shook my hand and tried to pull me up the hill! I had to resist a bit! I didn't need any help! But it was a kind gesture which I was grateful for. At the aid station, a boy with a wet sponge was cooling off runners! I asked him to squeeze some water over my head. I told the boy and some volunteers that the last person who cooled me down with a sponge was Ann Trason!

The last few miles were tough, but they always are on this course. Having run this race 4 other times, I knew exactly what to expect. I tried pushing the pace a few times, but my calves cramped up any time I tried to speed up. As I came closer to the finish line, I felt emotional. I was finishing my first race since Western States. I was happy. And I was relieved. A weight was lifted from my shoulders. That weight probably contained some self doubt, some remnants of a crushed dream, and maybe some fear; the fear that maybe I wasn't born to run after all. I don't know what the future holds in terms of running and racing, but it's time to truly move on.